Its been such a long time since I last updated this blog and I'm not sure why.

Apart from being removed for cleaning I have been caged in my CB6000 since November, and whenever its removed I'm cuffed and blindfolded. Mistress says she doesn't ever want me to see our touch my clit again - whether thats true or not it surely makes us both very hot!

Oh yes, nearly forgot to mention but I now have no problem orgasming from being fucked in my sissy-pussy :-)

Will try to update soon. 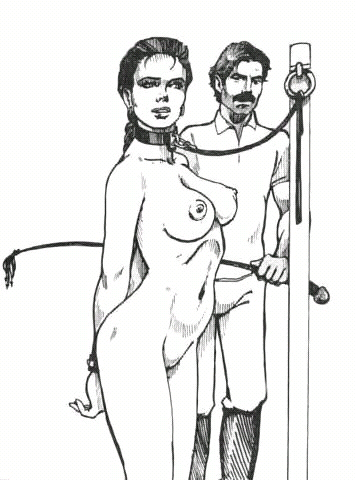 Last night was a new experience.

I received text from Mistress telling me to be home early from work and to prepare myself for a play evening. Obviously I was thrilled at this and rushed home to bathe, do my makeup and put on my prettiest lingerie with a lovely dress.

Mistress S called a few minutes later to tell me to drive to their house. I was very nervous leaving the house dressed enfemme but it was dark and I have a long coat, though it doesnt hide my legs or heels!

When I got to Mistress S, I was ushered up to the play room where I was given to Terri for him to use as he wished whilst Mistress S watched without once touching either of us. I lost track of how many times I was whipped, gave head or was fucked. It was all a blur and I seemed to cry all through it.

Afterwards I was tied to the bed and eventually fell asleep. This morning Terri woke me and helped me wash before handing me some boy clothes that had obviously been sent over previously.

It wasnt until 0900 that Mistress texted me to say she was proud of me and pleased that I had been so obedient.

I have no idea what Mistress did whilst I was with Terri and that both excites and scares me.

I wonder what tonight will bring?

A difficult time but new horizons

It has not been the greatest couple of months for either Mistress or myself.

Following our wonderful holiday my mother was taken ill and, after two horrible months, was granted release last week.

Throughout it all Mistress and I became closer than ever as we provided the support each other needed.

Mistress knew exactly what I needed and kept me firmly under comtrol and enfemme whenever appropriate.

I was even more shocked to see Mistress S, as I know her in vanilla life but only to say 'hi' to and her husband terry/terri in a pretty skirt and blouse. When the emotions calmed Mistress explained she found Mistress S through an online site then, when they chatted they realised they knew each other - a shock for them both to be sure. It was even more fortuitous as Mistress was, in fact, starting her search for a male fuck-buddy.

It was an unforgettable afternoon, culminating in Terri and I kissing and cuddling whilst our Mistress's watched. My emotions were in turmoil as this was my first tv/tv encounter and I truly loved it - it felt so right.

Afterwards we knelt as both Mistresses told us what good girls we were and made it clear next time we will go all the way to entertain them. Terri isnt kept locked up so I will be expected to offer him my mouth and my boy-pussy.

As they left Mistress sent me upstairs then joined me in the bedroom. I was honoured to service her orally then accept her strap-on which made me squirt in my cage - it was wonderful.

Sadly, any further play has been delayed by our bereavement but both Terri amd Mistress S have visited to offer support, kisses and a hand to hold.

I can see a new chapter opening for us.

We have just returned from a fantastic break as we managed to get a week alone in a beautiful cottage in the West Country.

Even better, Mistress insisted I was enfemme for nearly the whole time - including the drive there and back. Initially I was terrified of being spotted but by the end of the week I felt so comfortable I really enjoyed the drive home in my new skirt and blouse. I truly hate the idea of boy clothes again.

The sex was great, and all girl-sissy sex. Lots of oral and strap-on action and clitty stayed on the bench or more accurately in the cage. My piercing is healing well, so I'm back in the CB6000 except when sleeping.

Now we are home the search for another cock for Mistress will start in earnest. I'm nervous where this will take us but its the path we have chosen.

I had a long telephone conversation with Mistress today.

As I've previously blogged, after my rebellion I have realised that I really do want to be a cissy to Mistress. She also has realised that she prefers me as a cissy.

I'm really not sure where to start looking so if anyone out there can make a suggestion please do.

It would have been so much easier to be born a girl.

Sadly we couldn't make it to London this weekend, so our visit to Transformation has had to be postponed.

As a consolation Mistress took me to Bluewater where we spent a divine afternoon choosing girly clothes for us both. I've now got enough to let me dress enfemme whenever I'm not at work - and as a special treat Mistress bought me a truly gorgeous long white evening dress.

Given the differences in our sizes, and the way we were discussing our purchases it was obvious to the shop assistants that the items were for me but, apart from one uptight bitch, they were all very accepting and even offered advice.

Mistress took me for my piercing yesterday, a day later than planned but unfortunately vanilla life intervened.

She decided to take me to the place she has used before, so we had a long trip across London on a hot Sunday.

Initially I was delighted when Mistress told me to wear some light sloggie panties under my jeans rather than my usual pantygirdle and stockings but when we got into the piercing studio I was mortified when I was told to hop on the couch and drop my trousers! As I hesitated Mistress told me to stop hesitating, be a good GIRL and do as I was told. The piercer picked up on this straightaway and as I obeyed he turned to Mistress and remarked on my pretty knickers.

I was so embarrassed I almost started blubbing. Once I was flat on the bed he asked me what I wanted done, my response of course was to tell him my wife should choose. He was very professional, and though he discussed everything with Mistress he kept asking me if that was what I wanted - to which I dutifully replied "yes".

Finally, Mistress decided on a "lorum" piercing at the base of my clitty. Apparently the nipple piercings are on hold at the moment.

The piercing itself was a bit of an anticlimax - some discomfort but not too bad. When I got off the couch Mistress passed me a heavy flow panty liner and told me to put it under my piercing. The piercer grinned at this and remarked it was a good idea, but not for men - the inference was obvious. In truth though, he was a nice, professional piercer caught up in our lifestyle.

So here I am, free of my CB6000 for twelve weeks and totally banned from orgasms. Mistress has said she still intends to use my pussy but I am not to come.

More worryingly, she remarked that she may need to find another cock as she doesnt want to deprive herself for three months. It is something we have talked about but never in the way she mentioned it last night. When I tried to raise it this morning she shushed me and told me not to worry my pretty head then made me eat her.

How far is my feminization gping to go? 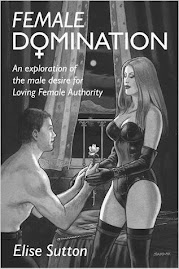 Which of these aspects are in your Wife Led Marriage

Which type of CB do you use